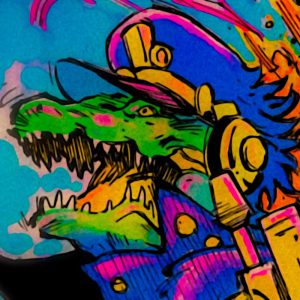 Gator is one third of the Killstream Trio and the longest serving co-host. He began as a guest during the nascent days of the program in the midst of GamerGate, and eventually became one of the primary TRR crew members.

He helped scope out the live streaming landscape during Ralph’s state-mandated vacation and was one of the people helping him stay informed, so that when Ralph returned to do his show, he could hit the ground running in the growing Internet Bloodsports sphere.

When the show relaunched in February of 2018, Gator became the primary co-host, shortly before Zidan, the man that would later become known as the Bhutanese Butcher, joined to round out the trio. He handles most of the technology behind the show.