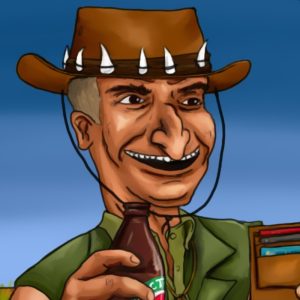 Randbot2020 is an Australian caller turned part time co-host. He frequently calls in drunk and rambles on, and sends Ralph into fits of rage. His unlimited n-word pass frequently gets him suspended from everywhere. He got the eternal ban from DLive, to the point that he can no longer even appear on a stream on that platform. He now streams The Petrol Hour on Entropy, and is a frequent guest on Patreon bonus episodes.