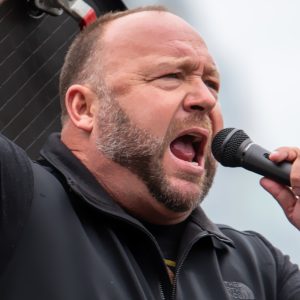 Alex Jones is the legendary host of InfoWars and is the most banned man in America. From his beginnings as a humble radio host in Texas, Jones has forged an alternative media empire, earning the eternal enmity of the Globalist power brokers in the New World Order.