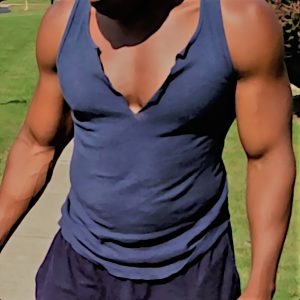 Black Skin is Amazing is a black nationalist that first appeared on the Killstream back in 2018, when he called in to confront James Allsup, then returned a few episodes later to battle the chat. He reappeared on the show in 2020 in a Bloodsports match with Vince James of Red Elephants.