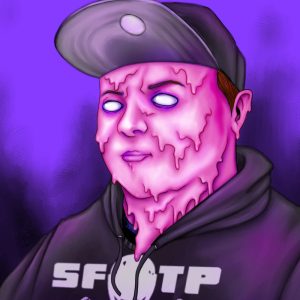 Nick DeOrio is a commentary YouTuber originally from TommyC’s show, Shot from the Point. His relationship with the Killstream began antagonistically, as TommyC was a big supporter of Tonka’s during the Warski / Tonka feud, but after Tonka no-showed his own fight, both Nick and Tommy disavowed and things became less confrontational. Afterward, Nick began focused on more commentary videos, resulting in one of the funniest dunks on Bunty King that has ever been made. It hit Bunty’s ego so hard, that to this very day, he is obsessed with DeOrio. He rolls with the RFC After Hours crew, Augie and Bowblax.