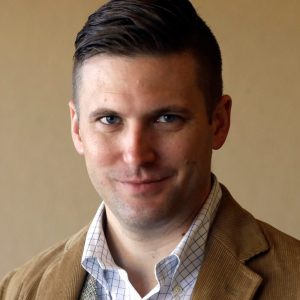 Richard Spencer is a controversial political figure that is most well known as one of the main dissident voices that comprised the “Alt-right” in the lead-up to and after the 2016 election. In this sphere of the Internet, he is most well known for his debate against Sargon and Styx, in which he proclaimed that Sargon was not in fact as intelligent as he believed he was.