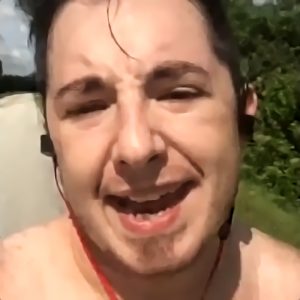 Bryan Dunn has gone by many names since GamerGate, KingOfPol, Armed Toast The Exceptional Detective, but inevitably finds a way to reveal his real identity and humiliate himself. He was caught on tape saying he wanted to turn a guy named Danny into a tranny, then sodomize his fanny. Then he went on and on about how much he loves the outline a hard cock makes on tight pants, and waxed poetic about how much he wanted to suck dick. Bryan was also responsible for posting Gonzalo Lira‘s information on KiwiFarms for ex-GamerGate sperg The Guardian, who got it directly from Kraut and the minions on his gayops discord server. After getting exposed, he often vanishes for a few weeks and then reappears, hoping that people will forget his previous exceptional behavior and give him some clout when he inevitably starts shit with Ralph. He has done this countless times.

In December of 2019, it was revealed that his father was arrested on three counts of possession of child pornography and pled down to a lesser sentence of child abuse, which explains where Bryan gets it from.