Did Keemstar lay the pipe to Ethan Klein’s wife? Is he really the father of the child!? I don’t know, but Leafy sure seems to think so! Killstream Guest John McAfee is arrested in Spain and is being accused of skipping out on his taxes. Get this, not only are they saying he’s hiding cryptocurrency, but that he also owns a yacht and several other properties, allegedly under assumed names! McAfee is an absolute legend if even a small percent of this is true. Fuck income taxes and the government too! Speaking of government, President Trump has ascended to a level beyond a Super Saiyan through copious use of antibodies and steroids, and the press is PISSED. Jim Acosta seethes into his microphone live on air. Also, Ashton Birdie calls in to annoy the absolute shit out of Andy Warski and Portugal in general. It’s the Monday edition of the Killstream! 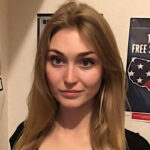 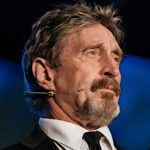