The Killstream is early for the first 2020 Vice Presidential Debate, Mike Pence obliterates Kamala from orbit, Hard Bastard returns to talk Election 2020, Derek Chauvin gets released from jail after posting bond, and the media tries to cope after Kamala’s disastrous performance. 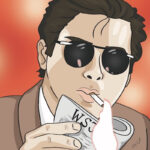