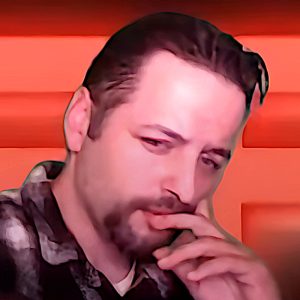 Andrew Wilson, aka Big Papa Fascist, is a right-leaning debater that has faced off against characters like Vaush and Hunter Avallone. His name is an ironic twist to the left-wing’s usual attempt to smear everyone right of center as a “Nazi” or “Fascist.” He made his Killstream debut in a bloodsports match against Beardson Beardly.