WAR! The Iranians have bombed several US bases in Iraq, and all hell is breaking loose. Trump is purportedly monitoring the situation, so hopefully that means war will not be declared. The Killstream crew watch a little bit of Tucker Carlson and cover all of the breaking news and information live, including that a Ukrainian 737 flight in Iran met an untimely fate. Rumors and anonymous sources indicate that a particular ex-Coach may have met his maker in the inferno! Looks like Gonzalo Lira’s Wiltshire Boulevard IndieGoGo is never going to deliver. Press S to pay respects. To pay tribute to the old coach, we watched a fantastic video by SLB Productions on YouTube. 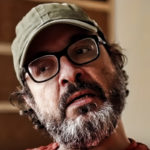